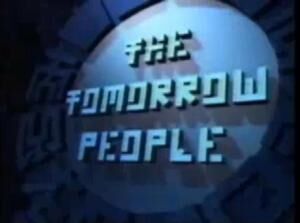 The 1990s series of The Tomorrow People was created by Roger Price for Tetra Films and began airing on ITV on 18 November 1992. It ran for three seasons, with the final original episode being aired on 8 March 1995. In the US, it aired on Nickelodeon.

After some pressure from executives, Price decided to start with a blank slate and so the show was almost completely different from its predecessor.[1] The original cast, characters, and music were not used. The new series incorporated a multi-national cast to ensure that worldwide syndication sales would be easier to obtain.

Jaunting belts were omitted, as the new Tomorrow People were able to teleport without them. The non-lethal stun guns and other gadgetry were also done away with. They relied more on their wits and powers to get out of trouble.

Some analogies remained, however. The Lab was replaced by a psychic spaceship in the South Pacific to which Tomorrow People were drawn when they broke out. TIM was replaced by an ostensibly mute computer that was part of the alien ship. The visual effects were improved considerably by effects artist Clive Davis.

For more information on individual episodes, please click on the episode title.

DVD Release
In 2006, Revelation Films released the complete series under the title The Tomorrow People - The New Generation.[2]

Community content is available under CC-BY-SA unless otherwise noted.
Advertisement